You are here: Home » Blog » Sports » Worst Sports Injuries Of All Time

Worst Sports Injuries Of All Time 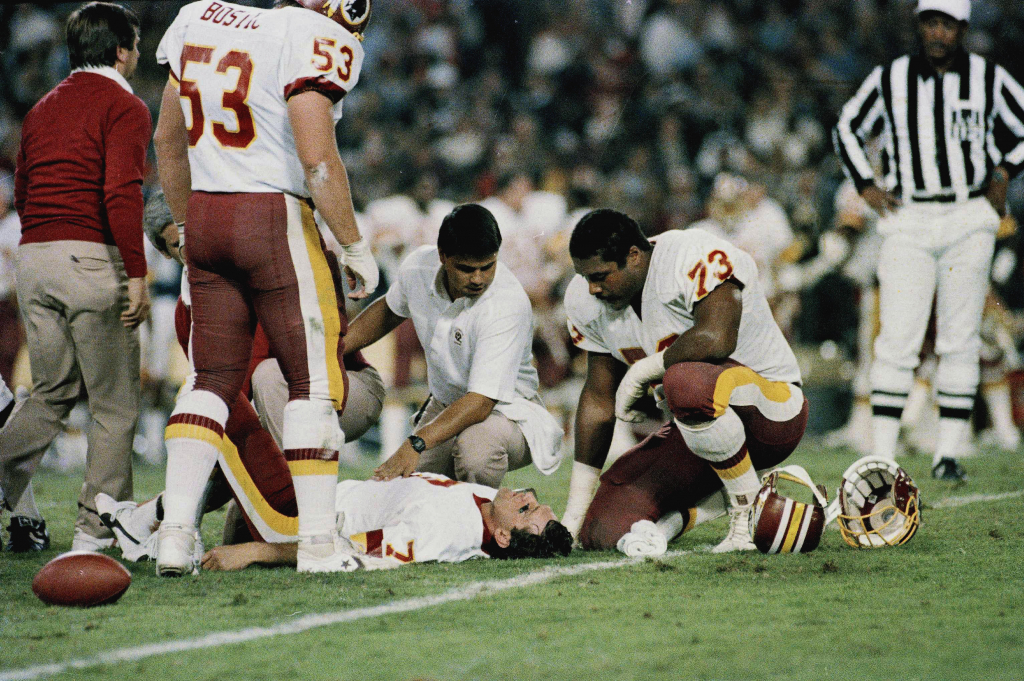 When you find yourself yelling at your big screen TV because your favorite player missed a shot, got intercepted, or hit a foul ball, count yourself lucky. Many sports figures escape bad luck during their careers, but the ones who aren’t that lucky have suffered career-ending injuries that are too cringe-worthy to think about. So, we’ll write about them instead.

Joe Theismann (pictured above) was the quarterback for the Washington Redskins and a Super Bowl champion. In a game against the New York Giants in 1985, linebacker Lawrence Taylor tackled Theismann and broke his leg, fracturing the tibia and fibula. From the shin down, his leg bent in a 45-degree angle away from the rest of the leg. The gracious QB has never blamed Taylor and went on to a broadcast career as a football analyst.

French gymnast Samir Ait Said (featured image) was practicing a preliminary vault at the 2016 Olympics in Rio de Janeiro and suffered the same injury as Theismann. Only this time, many more viewers saw — and couldn’t unsee — it.

Llewellyn Starks was a long jumper who broke his leg in the same place as Theismann and Ait Said as he took off to make the long jump in the 1992 New York Games. By the time he landed (ouch), he’d broken the tibia and fibula.

Everyone thought it was the end for Buffalo Bills’ right end Kevin Everett when he suffered a life-threatening spinal cord injury while playing against the Denver Broncos. As with Theismann, Everitt has no blame for Domenik Hixon, the Bronco’s player involved in his injury. Although given a small chance of walking again, Everett walked onto the playing field where he’d been injured just later that same year.