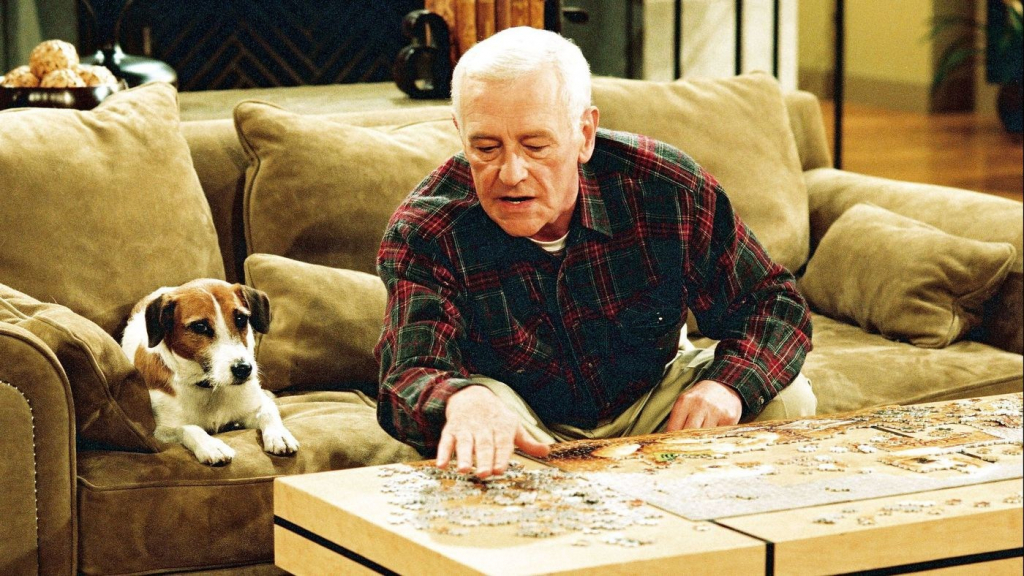 Many remember the late John Mahoney as the crotchety Martin Crane, the retired cop and father to beloved TV psychiatrists Fraser Crane and Niles Crane on the huge sitcom hit “Frasier,” which ran from 1993-2004 on NBC. During its run, Mahoney won a Screen Actors Guild Award and was nominated twice for Golden Globe and Emmy Awards. He was also an accomplished voice actor and a Tony Award-winning Broadway actor to boot.

Mahoney’s sudden passing on Super Bowl Sunday at the age of 77 has left fans and friends in shock. The British-born actor passed away in his beloved, adopted hometown of Chicago after a brief illness. He never married or had children, but had a life full of friends, co-workers and fans who were touched by his talent.

Chicago Mayor Rahm Emanuel said that Mahoney was a fixture of Chi-town for more than 30 years who was known for his “countless award-winning performances. Even as his fame grew through his fantastic work in movies and television, John stayed connected to his artistic home here in Chicago in theaters and as a member of the Steppenwolf Theatre Company,” Emanuel noted. “Though he will be missed, his work and impact will endure for generations to come.”