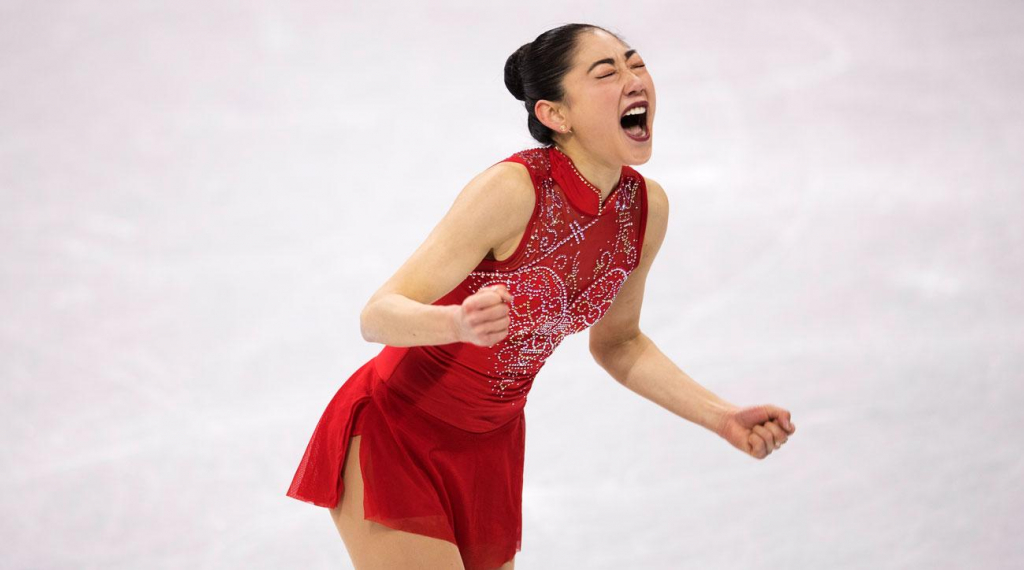 Figure skating in the Olympics is both a favorite and much maligned sport. Its naysayers argue that it’s just people skating in circles in fancy costumes, while its supporters explain that it’s as tough as any sport like football, hockey and rugby. If you’re questioning which side you’re on, try making a single rotation jump on your living room carpet and see how you do.

There are the old-school quad champs such as Elvis Stojko, the super athletic Surya Bonaly who routinely performed backflips landing on one foot and other personalities that have surely boosted the sport’s image, but no American woman in Olympics history has landed the triple axel – until Team USA’s Mirai Nagasu accomplished that very feat in the team skating competition on Monday.

Besieged women’s skater Tonya Harding was the first American to land a triple axel in competition in 1991, followed by Kimmie Messner in 2005, but at the Olympics? No one from the U.S. has succeeded until now, with 24-year-old Nagasu succeeding so well she couldn’t hold in her excitement at the end of the skate even long enough to pause for the judges to signal the end of her program.

Only two other female skaters have landed the jump at an Olympics competition, and they’re both from Japan, Nagasu’s parents’ homeland. Midori Ito successfully landed the “3A” in 1992 and Mao Asada landed it in 2010.