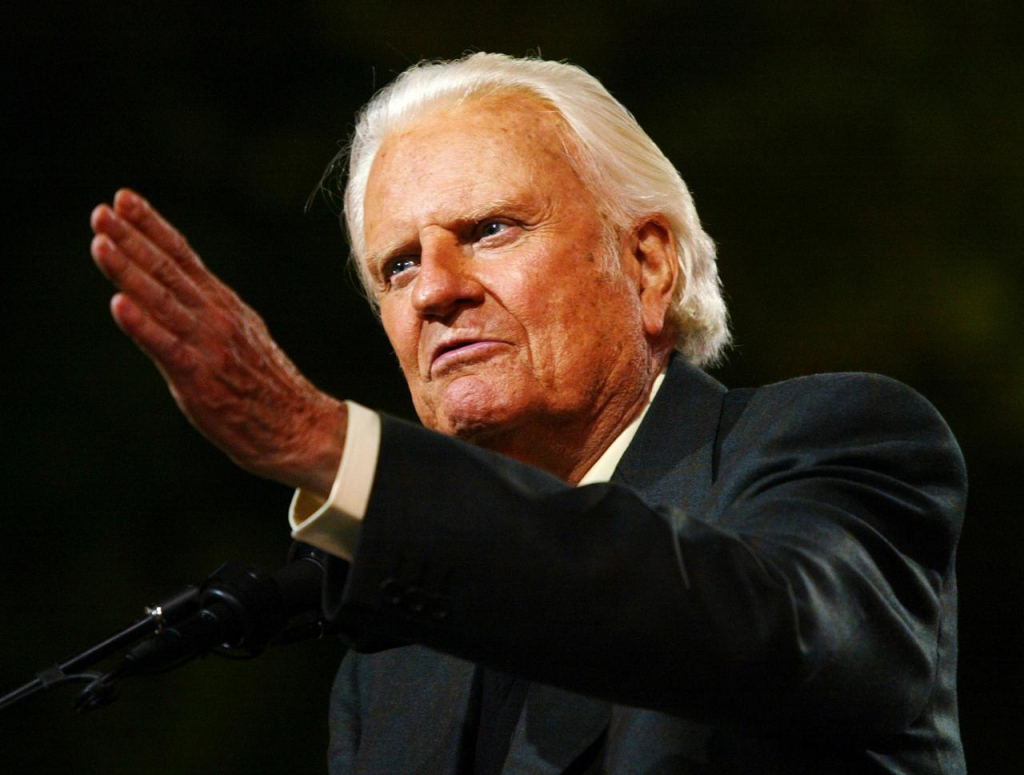 Billy Graham, the charismatic evangelist who prayed with every U.S. president since Harry Truman and became known worldwide as “America’s Pastor” died this morning, Wednesday, February 21, in his home in Montreat, North Carolina, The New York Times reports. Graham, who fought ill health in the last decade, was 99 years old, and it was announced that he died of natural causes.

Graham was a native of Charlotte, North Carolina and first became exposed to religion when he was 16 years old. It was at that tender age that he witnessed revival meetings by Mordecai Ham and became fascinated with both Ham’s delivery and his messages. Graham went on to college at the Florida Bible Institute, joined a Southern Baptist church, and was ordained when he was just 21 years old.

His first foray into preaching happened with his first radio program in 1943 called “Songs in the Night.” Although it lasted only one year, Graham was hooked on the idea of preaching the gospel to audiences beyond those of followers sitting in pews. It was also in 1943 that he married his wife Ruth, the mother of their five children. The marriage lasted until her death in 2007.

In the late 1940s, Graham began his own revival meetings in Los Angeles, holding them under a circus tent that was dubbed the “Canvas Cathedral.”