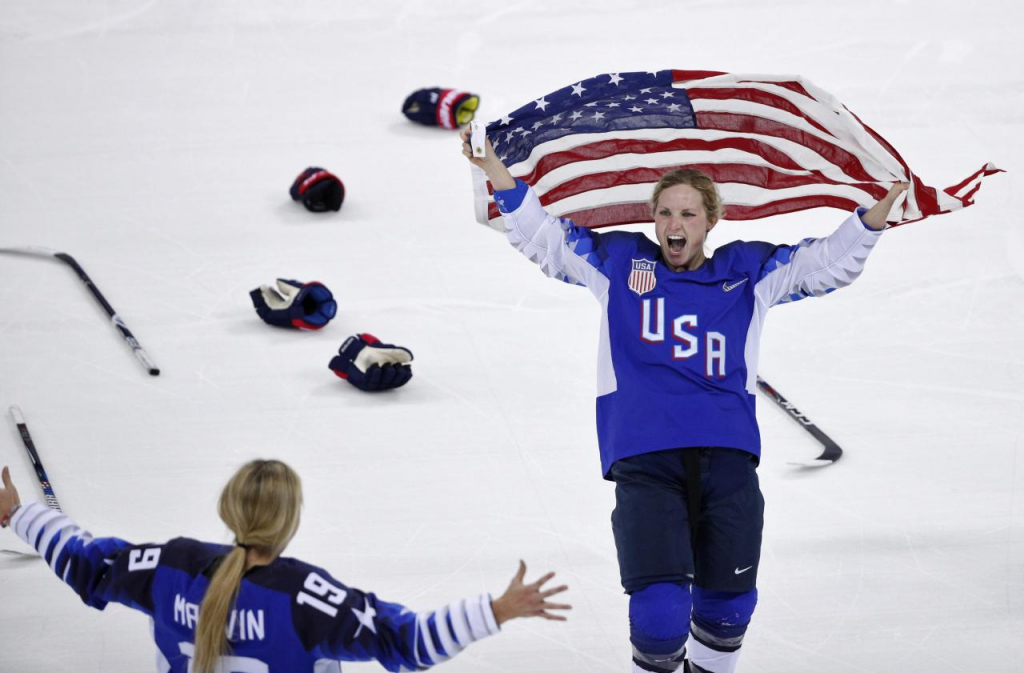 The U.S. women’s hockey team took the gold medal on Wednesday, February 21 at the PyeongChang Winter Games, winning a stunning victory against its decorated rival Canada, who had dominated the event over the past 20 years.

The breathtaking match was driven into sudden-death overtime with both teams stuck at 2-2. Overtime lasted a grueling 20 minutes with no one scoring. The game moved into a five-round shootout that also ended in a tie. An extra round of shootouts then took place, and that’s when American player Jocelyn Lamoureux-Davidson scored the tie-breaking 3-2 goal to win gold for the team.

The last time the U.S. won the gold was in 1998’s Nagano Games, in which Canada took silver. It’s been a massive rivalry ever since, with Canada wining four successive Olympic gold medals: 2002’s Salt Lake City games, 2006’s Turin, Italy games, 2010’s Vancouver, B.C. games, and 2014’s Sochi, Russia games. As for the U.S.: in Salt Lake, it won silver; in Turin, bronze; and in Vancouver and Sochi, silver medals.

U.S. team captain Meghan Duggan, who was on the silver-medal winning team in the Vancouver and Sochi games, said, “It is so sweet right now that I can’t think about anything but pride and excitement. You come to the Olympics and you set out to win a gold medal. But when you take a step back and think about who you are representing. Everyone behind you back home; people that you don’t even know, veterans, Americans and they love that you are representing them. There is so much pride in that and that is what it is about. We are standing there on the world stage, representing our country and waving our flags high. I am so proud to be an American. It was a great moment listening to the anthem.”