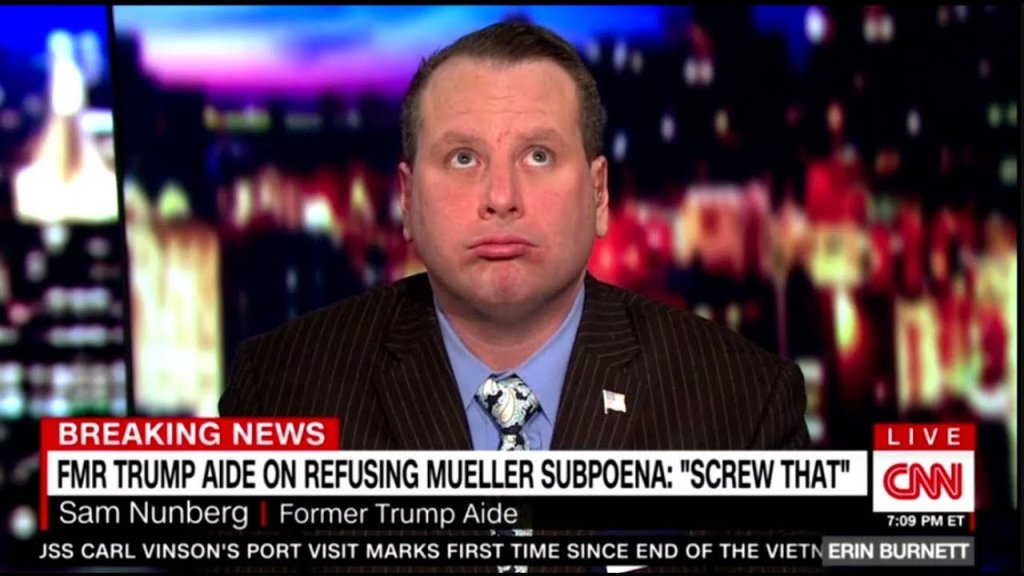 For many people, the name Sam Nunberg was brand new to them on Monday, March 5, 2018.

Out of nowhere, he spent the day on multiple news outlets giving phone interviews and live on-camera interviews, all to say that he was not going to obey a subpoena from special counsel Robert Mueller to turn over his emails from members of the Trump campaign staff and to appear before a grand jury.

He also confidently said, “They’re going to send me to jail? That’s funny.”

Sam Nunberg is a lawyer who worked on Mitt Romney’s campaign in 2012 and became a Republican policy analyst for Donald Trump in early 2014. He was hired and fired from the Trump campaign twice.