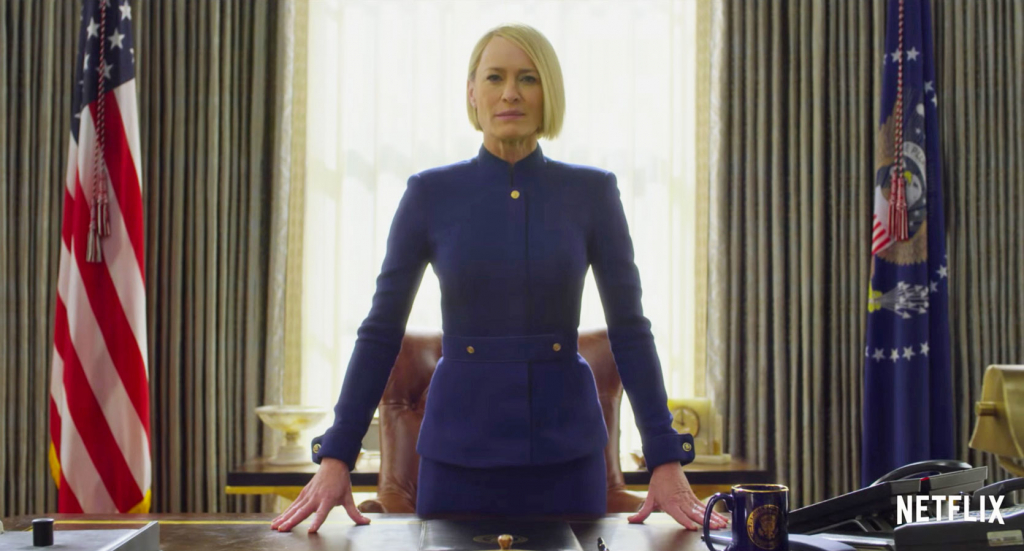 A teaser trailer for the final season of House of Cards is now online, featuring Claire Underwood as the new president of the United States. She was shown seated in the oval office at the presidential desk after the resignation of her husband, Francis Underwood. Dressed in an electric blue, military-inspired power suit, Claire slowly turns around to face the camera, stands up and declares, “We’re just getting started,” in the same way Francis did in previous seasons. The final season will be available on Netflix in the fall.

For five seasons, House of Cards has been a Netflix powerhouse political drama featuring Kevin Spacey as fictional American president Francis “Frank” Underwood and Robin Wright as his wife Claire Underwood. The series has depicted the underbelly of American politics and even introduced the idea of a husband-and-wife presidency and vice presidency.