5 Books By J.R.R. Tolkien That Aren’t Set In Middle-Earth

J.R.R. Tolkien is one of the most widely-read authors in the world, thanks to his fantasy classics The Hobbit and The Lord of the Rings, which have sold hundreds of millions of copies in dozens of languages. Yet, despite being one of the best-selling writers in history, there is a misconception that Professor Tolkien was not a prolific writer.

You may know Bilbo and Frodo and Aragorn, but only the most diehard Tolkien fans have read the following works set outside Middle-Earth. Here are five lesser-known Tolkien works that are worth your time.

Fans of children’s literature will enjoy this early Tolkien novella written in the same charming style as The Hobbit. Similarities are quickly spotted between the two stories, which both contain wizards, dragons and even giant spiders. Roverandom follows the adventures of a puppy named Rover, who angers the wizard Artaxerxes when he asks for his ball back without saying “please.” As punishment, the wizard transforms him into a toy dog. Rover spends the rest of the story on a fantastical quest to become a real dog again, including taking a trip to the moon. Tolkien was inspired to write the tale when his four-year-old son Michael lost his toy dog while they were vacationing on the northeast coast of England. 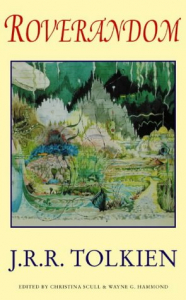