You are here: Home » Blog » Science & Engineering » How Much Better Can Smartphones Get?

How Much Better Can Smartphones Get? 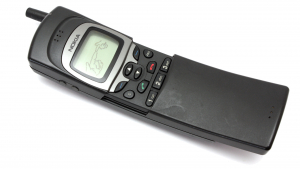 If you’re over 25 years of age, you probably remember the moment when cell phones became mainstream. It was when Nokia released their Nokia 8110 phone that was a bulky, monochrome phone with a screen pad for a key board. Everyone had that same Nokia phone. When you pressed the button, you could hear a distinctive click and there were no fancy touchscreens or sleek displays.

Fast forward 20 years later and we have phones like the iPhone X, a large flat phone made of glass that has a camera that will rival professional ones. No one would have imagined that cameras would be made nearly obsolete by the device we used to think could only be used to call others! The rate at which phones have developed is amazing and leaves us wondering, how much better can phones get?

Here’s a few fun predictions of what the smartphone will turn into in the next twenty years.