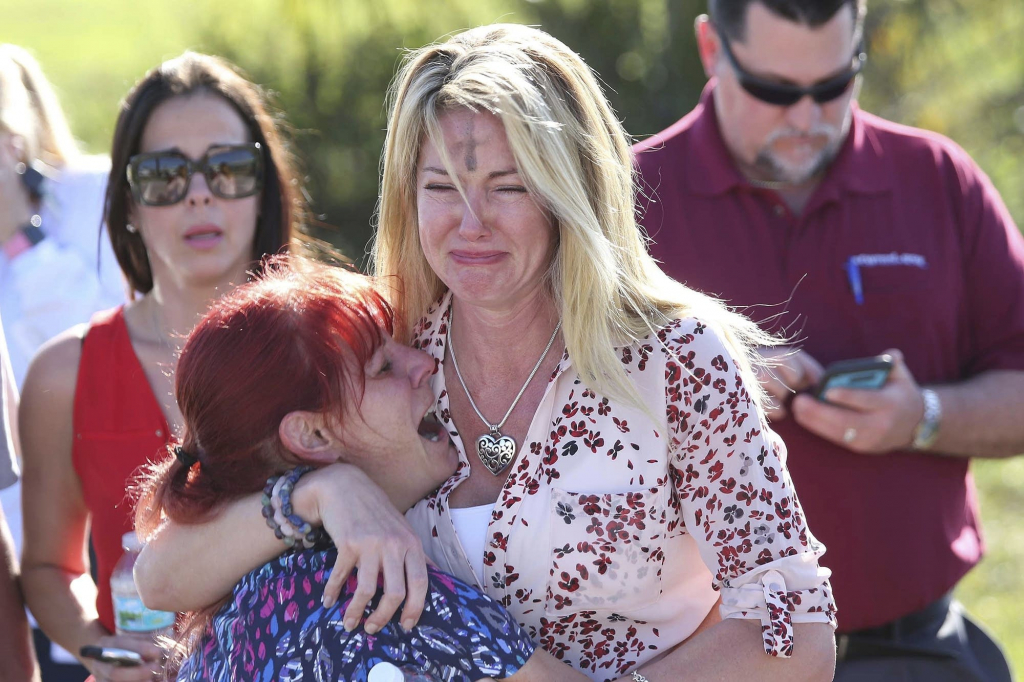 Marjory Stoneman Douglas High School in Parkland, Florida is the latest scene of a fatal shooting massacre on Wednesday that left at least 17 people dead and an unconfirmed 20 people wounded, CNN reports. The 3,000-student school is about 15 miles northwest of Ft. Lauderdale and was reportedly the safest city in Florida as of 2017. The gunman, Nikolas Cruz, was a 19-year-old former student and is now in custody. The shooting marks the 20th mass shooting of 2018.

Broward County Sheriff Scott Israel confirmed that the dead included students and adults, and that 12 victims died inside the school, two outside, one on the street and two in the hospital.

Israel explained further that Cruz had been a student at the school but that he’d been expelled for disciplinary reasons, adding “We’ve begun to dissect the social media he was on. Some of the things are very disturbing.” He used an AR-15 assault rifle and Israel said he had “multiple magazines.”

Florida Senator Bill Nelson was briefed by the FBI about the attack, explained that Cruz “set off the fire alarm so the kids would come pouring out of the classrooms into the hall. And there the carnage began,” Nelson said, adding that Cruz was wearing a gas mask and was also armed with smoke grenades.

Florida Senator Marco Rubio tweeted that it was “clear [the attack] was designed and executed to maximize loss of life. Today is that terrible day you pray never comes.”

Florida governor Rick Scott tweeted, “My thoughts and prayers are with the students, their families and the entire community. We will continue to receive briefings from law enforcement and issue updates.”

President Trump tweeted, “My prayers and condolences to the families of the victims of the terrible Florida shooting. No child, teacher or anyone else should ever feel unsafe in an American school,” adding, “So many signs that the Florida shooter was mentally disturbed, even expelled from school for bad and erratic behavior. Neighbors and classmates knew he was a big problem. Must always report such instances to authorities, again and again!”